Enter your City name or Pincode

Alirajpur is a district in Madhya Pradesh and was created in 2008 from Alirajpur, Bhabra and Jobat tehsils. Serving as the administrative headquarters, city was capital of the former princely state of Ali Rajpur. The city has a literacy rate of 37.22 percent compared to the national average of 59.5 percent. There are quite a few tourist destinations in and around Alirajpur attracting the tourists. The city boasts about its marvelous Jain temples.

Alirajpur is located at 22.3 degrees in the North and 74.5 degrees in the East. The city is well connected making it very easy for anyone to reach here. It is located at Khandwa - Baroda state highway with a distance of around 150 km from Vadodra. Sukkad and Hathni are the two rivers flowing through this district city. With a high population density of 229 per square kilometer, the city had a population of 728677 at the 2011 census.

Before Indian Independence, city was under Bhopawar Agency sub-division of the Central India Agency. Later it was merged with Indian Union after independence. There are many historical monuments in the city that people like to witness in their visit here. There are many natural spots and ancient temples here that anyone would love to visit.

There are three major communities in Alirajgarh - Bhil, Bheelala and Patiya; the latter two being more literate and developed. Today the lifestyle has improved a lot in the city and people enjoy different kinds of modern amenities. There are many festivals celebrated here from time to time, Bhagoriya festival being the major one that is celebrated 1 week before Holi. This is a special cultural festival and people travel from different parts of the country to witness this. 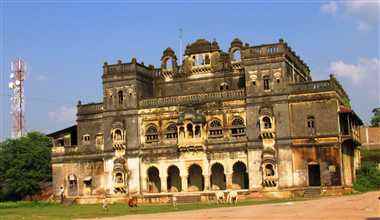 There are many tourist attractions in Alirajpur flooding it with tourists from all over. The beautiful Victoria Bridge is one of the major attractions for anyone visiting here. The bridge was built to commemorate the Diamond Jubilee of 1897. The Rajwara Fort is another attraction that is worth visiting. The Fort is located in the heart of the city and has a beautiful playground known as Fateh Club. To add to this, there are many places of historical importance including Jain Holy temple Lakshamani, famous temple of Kajalrani and the temple of Goddess Malwai. If anyone loves to explore the tribal lifestyle, that can also be witnessed in Alirajpur. The other reason for people to visit here is the famous mango yard where rare variety of mangoes known as 'Noor Jahan' can be found. Anyone visiting the city would get fascinated by the picturesque atmosphere, beautiful flowers and waterfalls in the area.


Utilities and Services in Alirajpur

City extends all kinds of modern amenities to its residents and tourists. There are many good hotels and eateries to supplement anyone's stay here. Some of the common services are listed down below.
Hospitals

Comments / Discussion Board - About Alirajpur